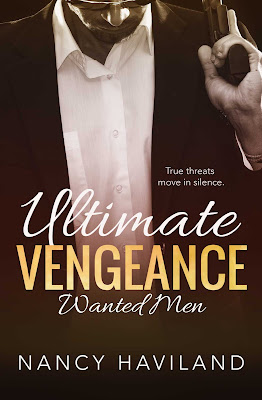 To a young Russian girl raised to respect and fear the Bratva, gaining the attention of the impressive Sovietnik from a ruling organization was a terrifying thing. Alekzander was a dangerous temptation Sacha Urusski had no hope of resisting. Predictably, her heart was decimated and she was left bleeding…with a precious reason to go on. But when Alekzander bullies his way back into her quiet life and offers a confession that absolves him of his sins, rather than celebrate, Sacha is forced to acknowledge an alarming truth; she has now become the villain in their story. Or so she thinks. When the most damaging secret of all is revealed, her final hope dies and she’s left with no other recourse. She must run.

Sixteen months ago, Alekzander Tarasov made the mistake of his life when he annihilated his relationship with his soulmate. At the time, protecting her was his only thought. Now, after attempting to live without her, his focus has changed. He wants her back where she belongs. And he’ll stop at nothing to drag his curvy angel away from her new life and so deep into his world of violence and uncertainty she’ll never find her way out again.

Through a deluge of secrets and lies, disillusionment and broken faith enters a world where loyalty and trust reign. Will Alek and Sacha’s battered love be strong enough to survive? Or will it be a sense of duty that inexorably binds them together in the end?
REVIEW

Ultimate Vengeance is the 4th book in The Wanted Men Series. It could likely be read by itself but I feel like you really need to have read all of the other books to truly understand the history between all of the parties involved. There is a rather lengthy cast of characters but that’s all part of what makes this an intriguing series to read. There is a lot to be learned about loyalty, trust, brotherhood, and family. And the best part is that this all centers around a close knit Russian/Italian crime family that seems to only commit crimes to protect their families more than anything else. These crimes are generally of the bone-slicing, neck-breaking, bullet to the head variety.

As with the prior books, Ultimate Vengeance mainly focuses on one couple and their struggle to maintain a relationship while someone is trying to hurt them and the crime family. This time, the couple is Alekzander (Alek) Tarasov and Sacha Urusski. Alek is the nephew of the leader of the Russian crime family. Sacha is Alek’s love interest who he tried to protect by making her think that he was having an affair with another woman 16 months ago. He pushed her away thinking that distance would save her from being targeted by the rival Baikov crime family that had already killed his cousin Sergei’s wife and child. During the separation, Alek has been haunted by his decision especially since the other members of the organization were starting to fall in love and creating families. When Alek finally runs into Sacha again, he tries desperately to win her back but she has a secret much larger than his prior deception. In the midst of their conflict, the Tarasov organization is being assaulted from the inside and they soon find that the culprit is someone that they would never suspect.

The writing for Ultimate Vengeance is phenomenal. I love how the Nancy Haviland injects some Russian terminology into the book so I can truly get a sense of what it’s like to be a member of the crew. The passion that is conveyed when these guys get unhinged is electric. When the rally together to exact revenge, it’s a thing of beauty to visualize the way that they wound and kill their adversaries. They don’t hold anything back and command respect. Even if you don’t condone what they do, you have to appreciate their commitment to each other. The bond between all of the boys and their leader is endearing and stronger than most normal families. I continue to be a fan and look forward to the next book.

The Wanted Men Series:
(Click on the book covers to purchase from Amazon.)